Skip to Content
Home Food Tipping in Guatemala, a full guide on who, when, and how to tip

Although Guatemala has a coastline on both the Pacific and the Caribbean Oceans, Guatemala is less known for its coastal resorts and is best known for the volcanic highlands and the fantastic Mayan sites dotted across the country. However, Guatemala isn’t a country that is particularly known for tourism, and those visiting for business will usually stay in the cities of the country. The level of crime in Guatemala is among the highest in the region, so not carrying too much cash is a wise precaution if you are planning to travel to the country, and this can have a knock on impact when it comes to tipping.

Traveling in a new country is full of new experiences and things to consider, and tipping is one of those aspects that you should consider. Tipping in Guatemala is not quite as commonplace as it is in the United States, but it is still worth considering as it can help you to get the best service and also helps to support those service staff who will be working for quite low wages. By having an idea about what is customary when it comes to tipping, it can help you to make informed decisions about how much and who to tip.

The National Currency In Guatemala

The national currency of Guatemala is known as the Quetzal (GTQ) which is named after the Resplendent Quetzal, a colorful bird that is the national bird of Guatemala. The reason for this is that in the Mayan culture, which once controlled this part of Central America, the tail feathers of the Quetzal were used as a trading currency. There are also 100 centavos to each Quetzal, and there are coins available up to 1 Quetzal, and then there are paper notes of various denominations available between 1 Quetzal and 200 Quetzal being the highest denomination available.

When it comes to paying for different items in Guatemala, credit cards are becoming a more widely accepted form of payment, although Visa and MasterCard are generally more widely accepted than other providers such as American Express. There is also a widespread acceptance of US Dollars in many restaurants and shops, although they will generally tend to take only clean dollar bills. The exchange rate between the US Dollar and the Guatemalan Quetzal can fluctuate, but generally will equate to around 7.5 GTQ to 1 USD.

How Easy Is It To Get Cash In Guatemala?

You will find that ATMs are commonplace in Guatemala, with towns and cities having ATMs in most busy areas that have shops and restaurants. However, it isn’t always best to use the ATMs in Guatemala if you can avoid it, as card crime and devices being installed on ATMs to skim card details are a particular problem and they are often cleverly disguised, so that can make card fraud a risk. Guatemalan ATMs also have some of the highest transaction fees that you will find in Central America, so even if your card provider doesn’t charge for cash withdrawals, you may still get stung by the charges from the ATM, which are the same issues you’ll find when you’re sorting out tipping rules in Belize also. 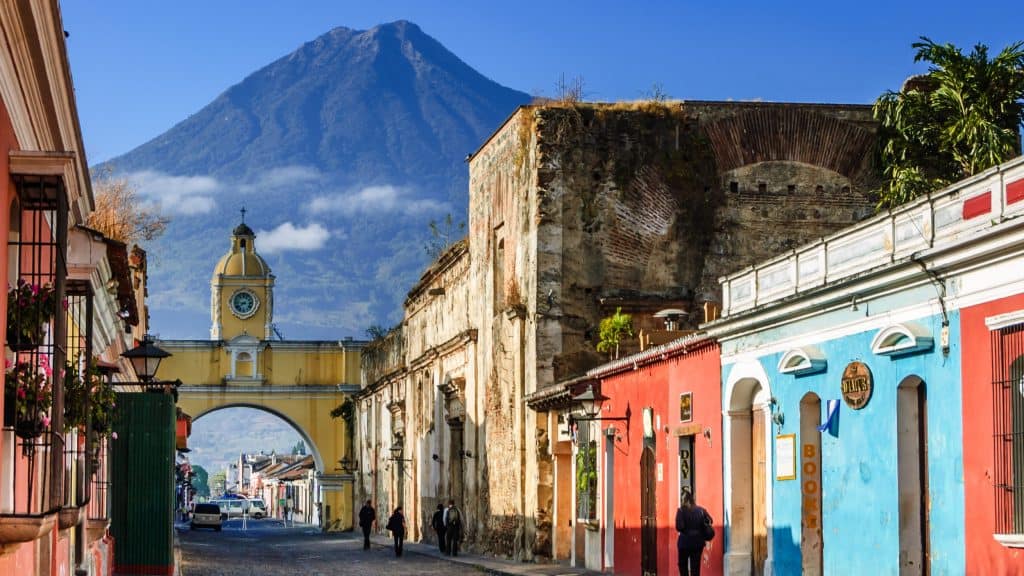 Who Will Normally Expect A Tip?

Because the practice of tipping is something that is not as prevalent in Guatemala as it is in other parts of the world, and even in other parts of Central America, this will generally come down to your thoughts on the service. It can also depend on the standard of the hotel or restaurant that you are using, as the higher standard the venue, the more likely that the staff will be used to having tips. In other types of establishments or when it comes to tour guides, then it is going to be discretionary in most places, and they won’t be getting offended if you don’t provide a tip in most cases.

One thing that can be different if you visit Guatemala is the shopping experience, as there are relatively few chain stores compared to other countries, so more shopping is done from market stalls and independent stores. This means that if you know somebody local, they may be able to haggle on your behalf if you are going shopping, and if they do save you money then getting them a gift might be appropriate. All of the locals will be used to haggling, and can give you a few tips even if they don’t accompany you into the market.

Should You Tip Hotel Staff in Guatemala?

As we have touched upon already, Guatemala doesn’t have a strong culture of tipping, although in the hotels it is something that is becoming more common, especially in higher end hotels. As a rule, because of the crime situation in Guatemala it is generally best not to try and cut too many corners when it comes to booking accommodation, and there are some districts that can be more prone to crime than others. However, tipping does help the people you encounter to support their families, and where possible these tips should be given in cash to ensure that they go to those people.

When it comes to which hotel staff to tip, these will usually be the housekeeping staff and the bellboys or porters that help with your bags. For those helping with your bags, a tip of between $1 and $2, or between 7.5GTQ and 15GTQ would be appropriate. When it comes to tips for the maids that carry out the housekeeping work, the tip is on a similar ratio of between $1 and $2 per night. Because dollars are commonly used in Guatemala, it is acceptable to tip in either dollars or local currency.

Tipping In Restaurants In Guatemala

While the tipping culture is slowly becoming more common in Guatemala, it is still something that can have an impact on the lives of those people who are serving your food. Many of these people will be working at close to minimum wage, so the tips that they can earn through their work can have a significant impact on their lives. Nonetheless, there are some restaurants that are starting to add a service charge on to the bill, and it is worth looking out for the word ‘propina’ on the bill, which is usually around 10% of the overall bill.

When it comes to providing a tip in a restaurant, if there hasn’t already been a service charge added, then a tip of up to 10% of the overall bill would be a good guide. If the service charge has already been added, but you felt the service was particularly good, then you might still want to add a few Quetzals as a tip. This amount is also a reasonable guide when it comes to the bill that you might get if you are going for a drink at a bar, although again it is worth keeping an eye out for the ‘propina’ on any bills you receive.

The tours and activities that you enjoy during your visit to Guatemala can really make or break the trip, and whether you’re exploring the Mayan ruins or exploring the volcanic landscape, it really is a beautiful country to visit. Tour guides are one industry that will often receive tips through their work, and this is something that is quite common in Guatemala as well. Along with the tour guide, if you are taking a bus tour then a tip for the bus driver is also something that would normally be polite and gratefully accepted.

The amount of the tip that would normally be appropriate if you are taking a tour will depend on the length of the tour itself. For shorter tours of a couple of hours, then between $2 and $3 per person would be suitable, while if you are doing a full day trip or longer, then between $5 and $10 per person per day depending on the service would be a suitable tip for the trip. If you are on a guided bus tour, then a tip of around half that of the tip to the guide is usually a good rule to the amount of the tip.

Who Would You Not Normally Tip in Guatemala?

As with many other countries, there are industries and roles where people will not expect a tip, such as those people who are working in fast food restaurants or coffee shops. You may occasionally see a jar marked ‘propina’ on the counter, and you can leave a tip if you like but this is not usually expected. Taxi drivers do not generally expect a tip, but it can be convenient to round up any taxi fares to the nearest dollar or Quetzal.

One area of tipping which is more unusual comes when you are planning on taking photos. Many Guatemalans are very uncomfortable with people taking pictures of children, and can be cautious about being photographed themselves as well, which is different than you’ll find in similar places like Panama. There are some reports of people asking for tips in order to be included in photographs, although generally it is best to be cautious and respectful when it comes to taking photographs, and always ask permission before taking photos. 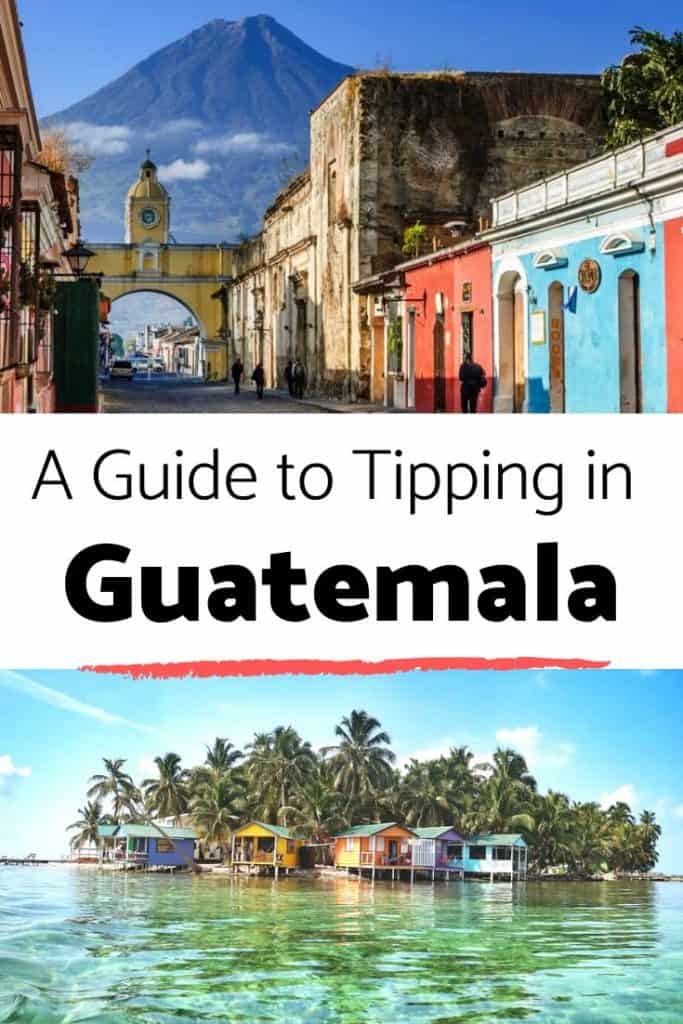 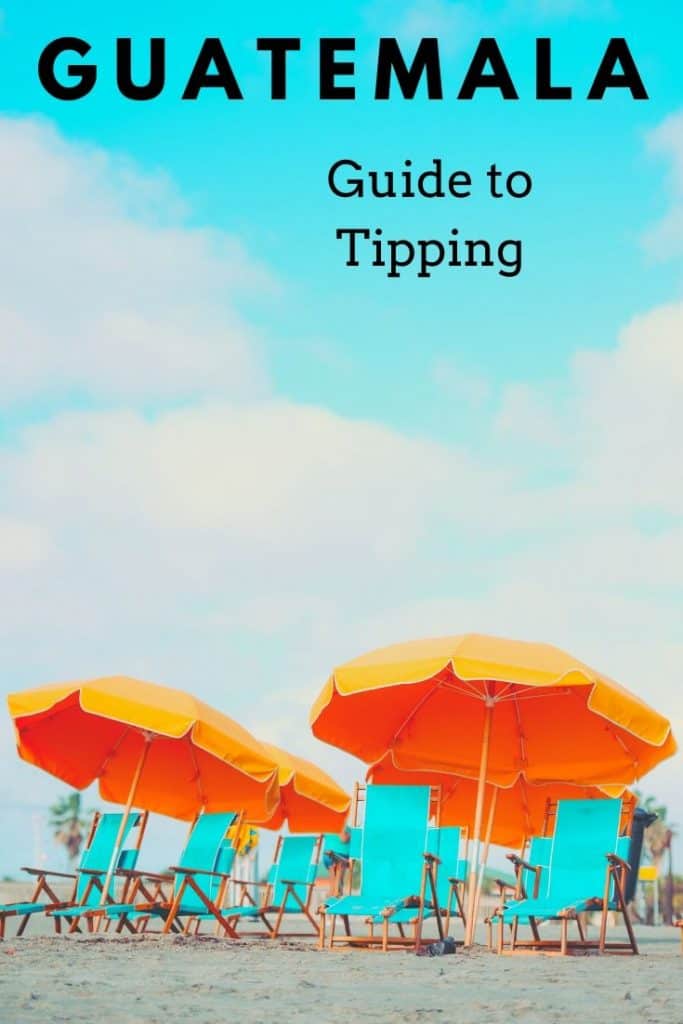 You are viewing cached results from http://feedproxy.google.com/~r/GoSeeWrite/~3/QWs8HHy19xA/