Are you interested to know the UNESCO World Heritage Sites in the Balkans? We have the complete list for you! In each and every Balkan country. These World Heritage Sites are not just historically beautiful but also breathtaking. So if you want to visit all these sites, then prepare your pen and paper now.

Other articles you can read:

1. Palace of Diocletian in Split

The Palace of Diocletian was built between the 3rd and 4th centuries. It served as the retirement place for the Roman Emperor.

The Stari Grad Plain on the Island of Hvar is an agricultural landscape that was made by Greek colonists in the 4th century B.C.

3. Episcopal Complex of the Euphrasian Basilica in the Historic Center of Porec

The collection of religious monuments in Porec (where Christianity started in the 4th century) is being protected by the UNESCO World Heritage.

The Historic city of Trogir is a well-preserved Romanesque-Gothic Town. The main highlight is the medieval heart of the city.

The Old City of Dubrovnik is also known as the “Pearl of the Adriatic” that is situated on the Dalmation coast. It was a Mediterranean power in the 13th century.

Plitvice Lakes National Park is one of the most popular parks in Europe. This park has clear water, awesome hiking trails, forest-covered hills, and an abundance of wildlife such as brown bears, birds, and wolves.

7. Cathedral of St. James in Sibenik

The Cathedral of St. James in Sibenik was built 1431 and 1535. The entirety of the building is made of stone. It is said that it is the largest building that’s constructed using only stone.

One of UNESCO World Heritage Site, this property is a combination of 28 sites, they are located in Bosnia and Herzegovina, Montenegro, and Croatia. They represent these cemeteries and regionally medieval tombstones, or also called as stecci. In Croatia, there are two stecci that can be found in Cista Velika and Konavle.

9. Venetian Works of Defense between the 16th and 17th Centuries

A UNESCO WORLD Heritage Site that’s consists of 6 locations namely Italy, Montenegro, and Croatia. It spans more than 1,000 km between the Lombard region in Italy and the Eastern Adriatic coast. The two of these are in Croatia, they are the Defensive System of Zadar and the Fort of St. Nikola in Sibenik.

10. Ancient and Primeval Beech Forests of the Carpathians and Other Regions of Europe

This boundary expands to over 12 countries. The European Beech had spread from few isolated refuge areas such as the Alps, Dinarides, Mediterranean, Carpathians, and the Pyrenees. The Croatian part is consists of 3 areas namely; the Hajducki I Rozanski, and the other 2 are Oglavinovac-Javornik and Suva Draga-Klimenta that are both located in the Paklenica National Park.

If we will talk about a magnificent structure of medieval rock art in Europe, Madara Rider is the best example. Its figure looks like a knight winning over a lion. It is carved into a 100-m high cliff that’s near the town of Madara.

This tomb was discovered in 1944 and it dates back to the Hellenistic Period at the end of the 4th century BC. This tomb is in the proximity of Seutopolis, which was the capital city of Thracian king Seutes III, and a part of a larger Thracian Necropolis.

Another UNESCO World Heritage Site in Bulgaria that’s a tomb. It was discovered in 1982 in the village of Sveshtari. It serves as the perfect example of architectural skills and structural principles of Thracian buildings.

The Ancient City of Nessebar is situated on a peninsula on the Black Sea. It is more than 3,000 years old and was originally a settlement for Thracian. 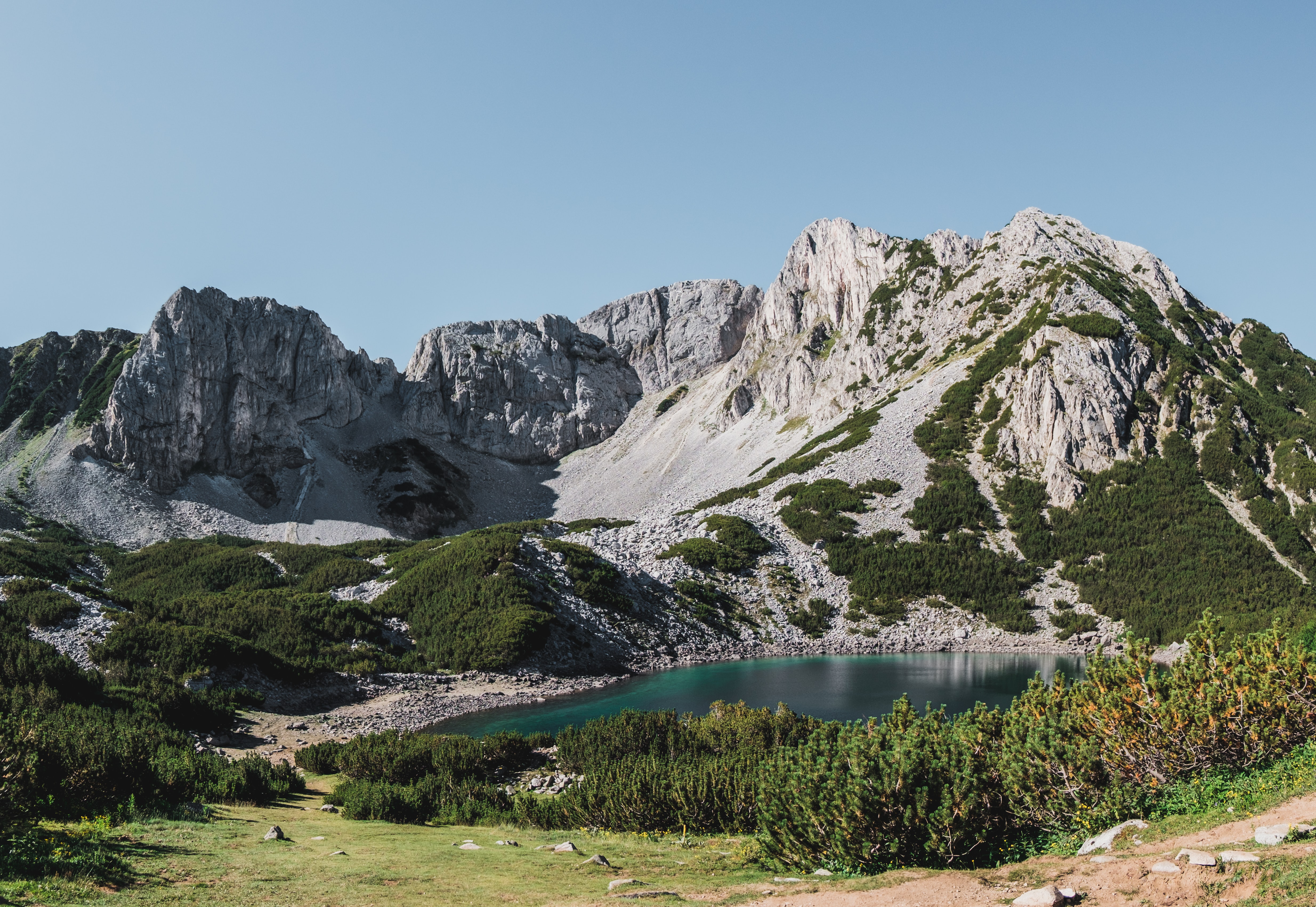 Due to its magnificent natural beauty, the Pirin National Park became a UNESCO World Heritage Site. Spreading more than an area of 27,000 hectares and has an altitude between 1008 and 2914 meters. Various limestone mountains with waterfalls, caves, glacial lakes and coniferous forests are what this park is made of. 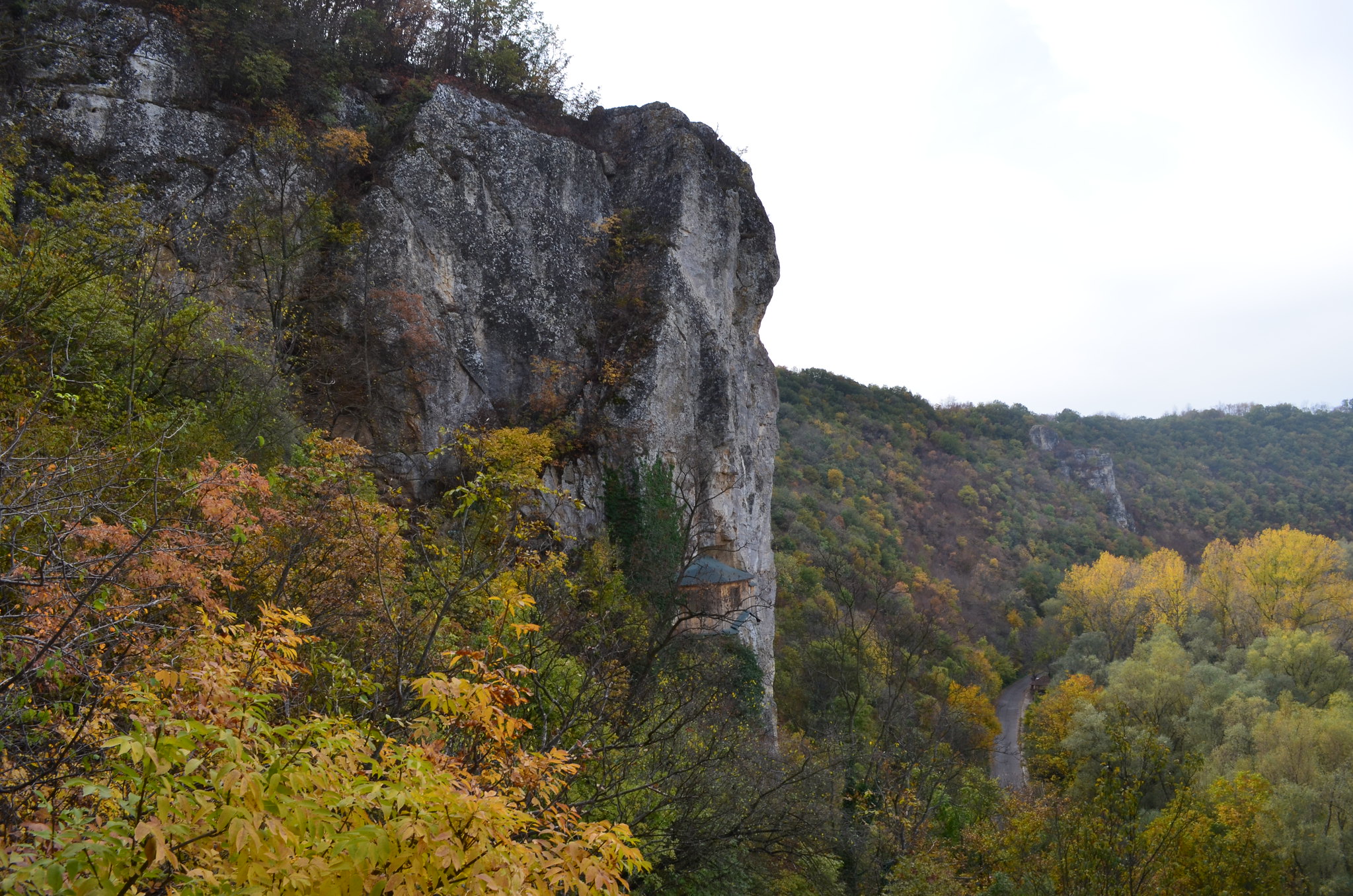 A complex of rock-hewn churches, chapels, monasteries, and cells are in the valley of the Roussenski Lom River in Northeastern Bulgaria.

This UNESCO World Heritage Site monastery was founded in the 10th century. Being one of the most visited destinations in Bulgaria, the Rila Monastery is such a picture-perfect building from the outside and inside.

A freshwater lake that lies near the Danube River extending more than 600 hectares. It is an important breeding ground of more than 100 species of birds. And many of these birds are endangered.

10. Ancient and Primeval Beech Forests of the Carpathians and Other Regions of Europe

In the Bulgarian part, you can go and explore the popular beech forests of Europe in a park named Central Balkan National Park.

Sighisoara is the finest example of a fortified small middle age town that played an important role in central Europe for several centuries.

2. Villages with Fortified Churches in Transylvania

A Transylvanian town that offers a clear picture of the cultural landscape of South Transylvania.

Composed of 8 churches, these wooden churches are the best examples of architectural solutions from various periods.

The monastery of Horezu in Walachia is one of the UNESCO World Heritage Site in Romania. It is a great work of the “Brancovan” style.

These 8 churches were built from the late 15th century until the late 16th century. They are all well-preserved. Their walls are covered in fresco paintings that are mostly inspired by Byzantine art.

The waters of the Danube that flow into the Black Sea is home to over 300 species of birds and 45 species of freshwater fish.

7. Dacian Fortresses of the Orastie Mountains

These fortresses of the Orastie Mountains were built in the 1st century BC and AD. They show a unique combination of religious and military architectural techniques and concepts.

8. Ancient and Primeval Beech Forests of the Carpathians and Other Regions of Europe

1. Natural and Culturo-HIstorical Region of Kotor

During the medieval age, Kotor was an important commercial and artistic center with plenty of famous schools and mansions. This natural harbor in Montenegro made the town inside the bay more thriving.

Such a spectacular national park made by glaciers and is traversed by rivers and underground streams. It is also bordered by the Tara Canyon which is the deepest canyon in all of Europe.

As for Montenegro, you’ll find three sites with Medieval stecci. Those sites are Pluzine, and the other two are located near the Zabljak.

4. Venetian Works of Defense between the 16th and 17th Centuries

In Montenegro, you’ll find one of the six sites of fortifications. It is the UNESCO-protected Fortified City of Kotor. It is such a magnificent destination.

This is an extraordinary system of limestone caves, underground rivers, waterfalls, collapsed dolines, and underground chambers.

2. Heritage of Mercury in Idrija

This UNESCO World Heritage Site is consists of two mining sites; Almaden in Spain and Idrija in Slovenia. In Idrija, this is where the mercury was first found in 1490 AD.

This is a part of the UNESCO World Heritage site “Prehistoric Pile Dwellings around the Alps”. It is surrounded by at least 111 individual sites. Two of these sites are in Slovenia. In the two

4. Ancient and Primeval Beech Forests of the Carpathians and Other Regions of Europe

The UNESCO-protected site in Slovenia is the ancient and primeval beech forests in Krokar and Sneznik-Zdrocle.

Butrint is an important archaeological site in Albania. It has been inhabited to humans since prehistoric times. Today, there are a number of ruins remain in the area that will take you back in time.

2. Historic Centers of Berat and Gjikastra 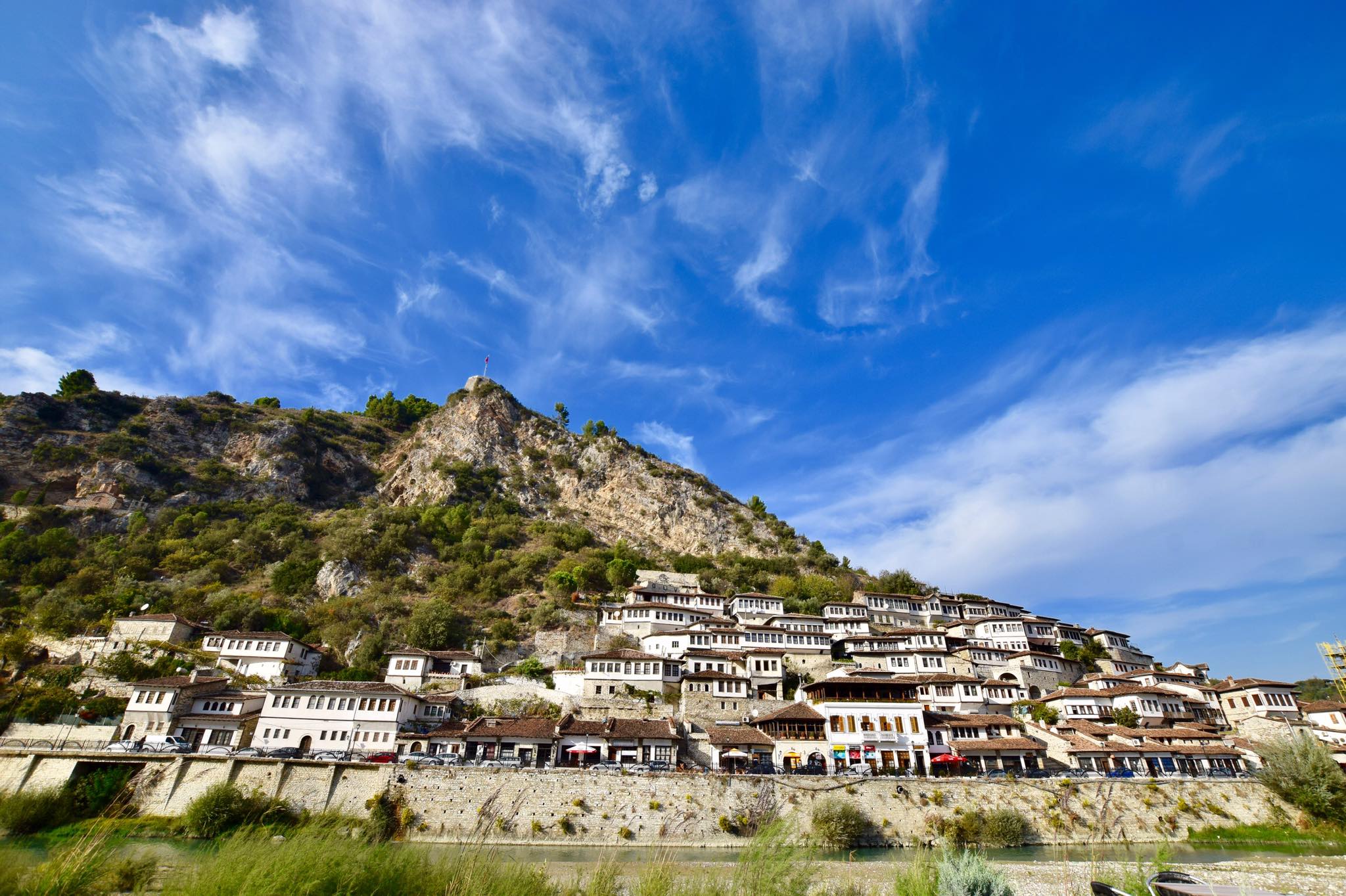 Berat and Gjirokastra are the best examples of architectural buildings from the Ottoman Period. Berat is often called the “city of a thousand windows”. While Gjirokastra lies along the Drino River.

3. Ancient and Primeval Beech Forests of the Carpathians and Other Regions of Europe

Albania has two places where you’ll find the beautiful scenery of a European beech forest. The first one is the Valbone Valley National Park located on the north part of the country (but not all the parts of the park is a UNESCO World Heritage Site, only the Gashi River nature reserve). And the other one is the Shebenik-Jabblanice National Park.

4. Natural and Cultural Heritage of the Ohrid Region

This Albania UNESCO site is a part of Lake Ohrid. This site is rich in flora and fauna. Having at least 200 endemic species.

Studenica Monastery was established in the 12th century and was founded by Stefan Nemanja, the man who brought the medieval Serbian state into being. it consists of two astounding white marble churches and other buildings. The history of the monastery is very thrilling.

In Serbia, there are 28 UNESCO World Heritage-listed as stecci. Here, you’ll find these ancient tombstones in Rastiste, Perucac, and Hrta.

Gamzigrad-Romuliana is situated near the Danube river. It dates back to the late 3rd century to the early 4th century.

On the outer part of Stari Ras, which was the first capital of Serbia, you’ll find an impressive collection of medieval monuments including fortresses, monasteries, and churches. The Sopoconi monastery is home to some of the world’s excellent Serbian and Byzantine Empire.

1. Old Bridge Area of the Old City of Mostar

Mostar is a historic town in Bosnia & Herzegovina. The main attraction here is the world-famous 16th-century Ottoman bridge. It connects two different parts of the historic town.

Mehmed Pasa Sokolovic Bridge in Viseregard was constructed in the 16th century. For Ottoman architecture and civil engineering, this is the best example.

There are at least 20 stecci that spread all throughout Bosnia. The most popular are near Stolac and Kakanj. And some of the well-preserved can be found in Srebrenica.

1. Natural and Cultural Heritage of the Ohrid Region

This is the only UNESCO World Heritage Site in North Macedonia. This site is a must-visit because it was inscribed for its rich cultural and natural value.

Consists of four complex of Serbian Orthodox Christian Churches and monasteries. These four reflect the important points of the Byzantine-Romanesque religious culture. 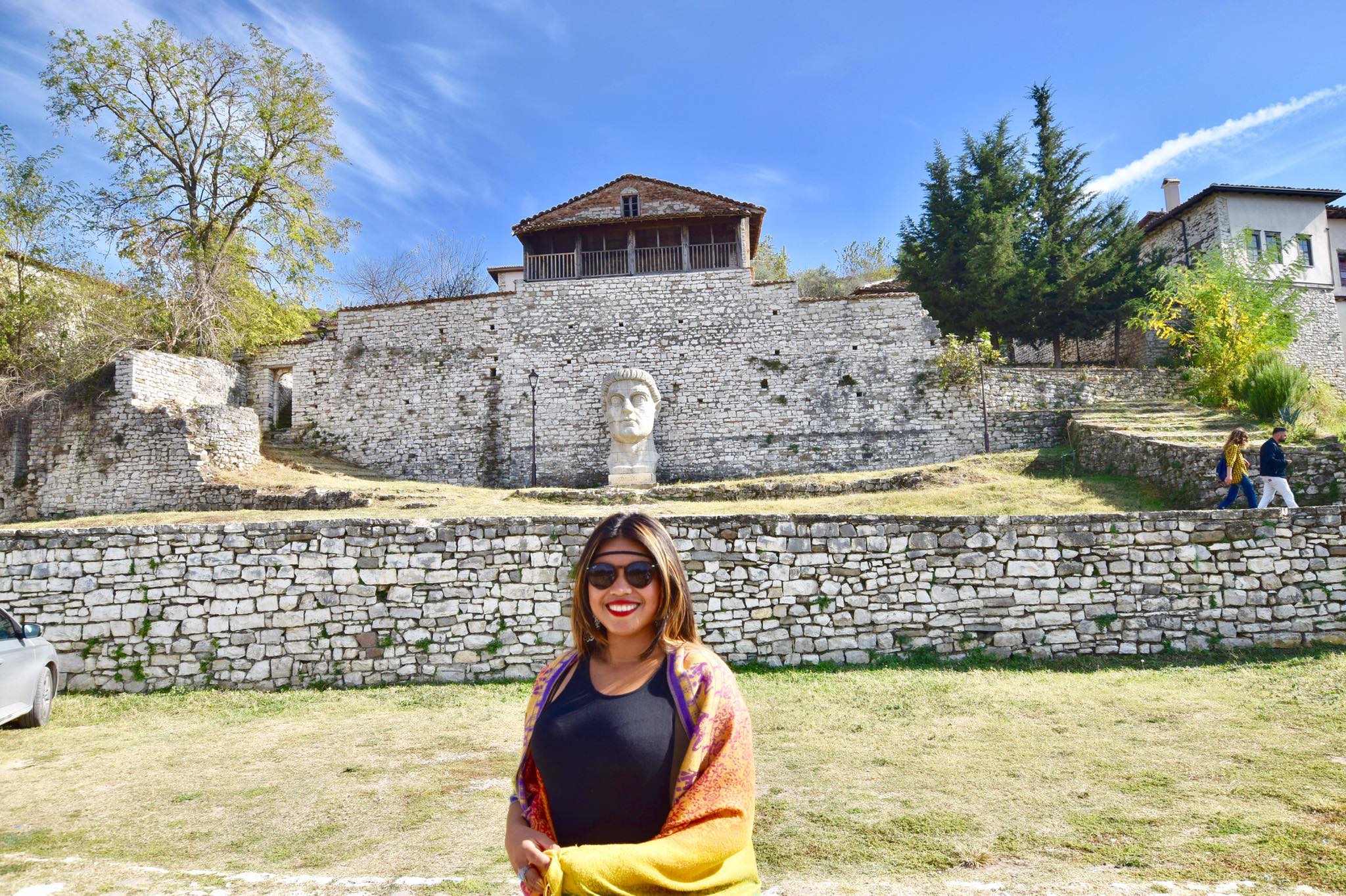 These UNESCO World Heritage Sites in the Balkans are all worth the visit. They will surely make your Balkan trip more memorable.

Hi there! I’m Fatima. My first major travel was in 2016 in the beautiful city of Cebu. After that, I got interested in traveling. Now I enjoy learning languages and other country’s cultures. My goal is to visit at least one country each year and to share my experiences with other people through writing or blogging. Witness my journey by following me on Instagram.

You are viewing cached results from https://twomonkeystravelgroup.com/unesco-world-heritage-sites-balkans/