Once you step into the New York Café, you will find yourself wondering if you entered the Hungarian version of the Sistine Chapel by mistake. The cafe is designed in the Italian Renaissance style, where you will find chandeliers hanging from high ceilings decorated with wonderful wall paintings, which makes it more like a palatial mansion than just a place to go to have a dessert with a cup of coffee.

“New York Cafe” is one of the oldest cafes in Budapest, with a history dating back 125 years, and the line of customers wishing to enter it extends along Elizabeth Boulevard, one of the main streets in Budapest, where the cafe can receive on its busiest day about 2000 customers And even on the least crowded days, it receives about 1,300 people. 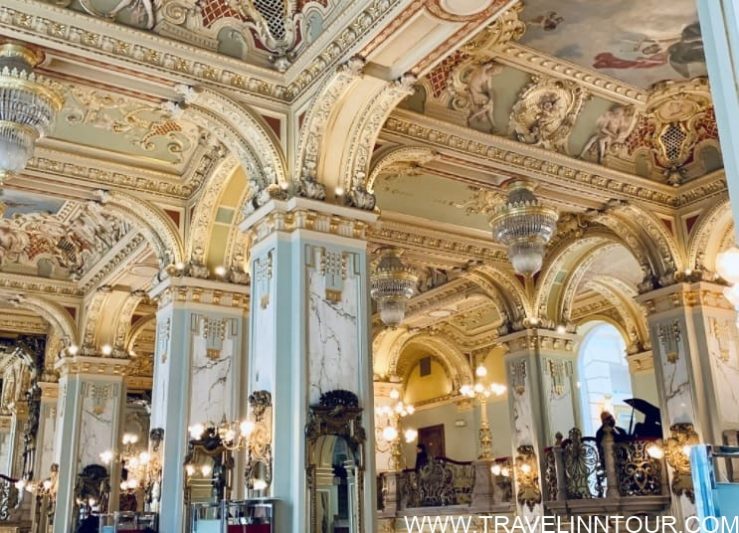 After entering the café, and once you get to the table, you will spend most of your time looking up to explore the marble columns, gypsum carvings, and of course, taking pictures. Although the menu for the cafe contains about 16 types of cakes, the kitchen is not the reason that all customers come to them, they come to the place to see its amazing design and take pictures.

The story of “New York Cafe” begins in 1864, when the “New York Life Insurance” company opened its European headquarters in Budapest and decided to build a cafe inside the company. Although it was the Turks who first introduced coffee to Hungary in the 16th century, the elegant coffeehouse building culture that flourished in Vienna did not begin in Hungary until after the building of the Austro-Hungarian Empire in 1867; Almost 500 coffee shops opened in the city, during that time. One such café was the “New York Café”, where its owners aimed to create “the most beautiful cafe in the world”, and they did their best to achieve this.

Hungarian food critic Andras Gokotti says, “(The New York Café) was not only a place for the wealthy, but it was a meeting place for poor artists.” He said, “They were going there hoping that there would be some generous rich people who might offer them a meal. They take it, in exchange for writing a nice poem to their wives, or providing any other services, or just in exchange for helping one of these wealthy people in drafting a speech. 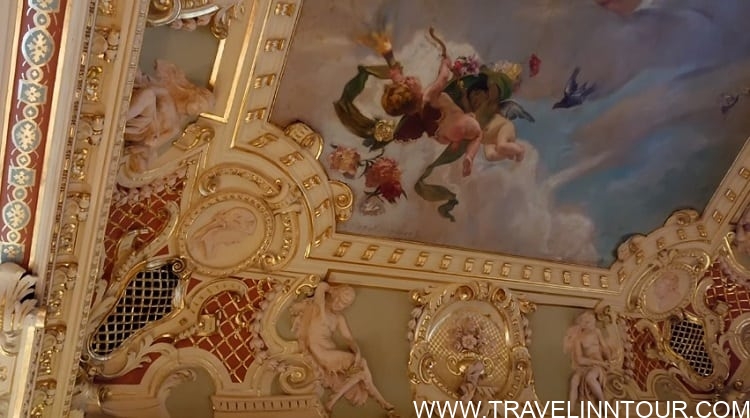 This led to the birth of the literature movement known as “Neogate”, which took this name from a newspaper in which Hungarian writers’ poetry and prose were published. Thus it can be said that “New York Cafe” was not just a cafe, but rather a starting point for modern Hungarian literature. All the most famous writers and poets used to come here, and the place was always crowded with books.

In fact, the most influential newspapers in Hungary were edited on the second floor of this building, and legend says that on the night the café opened, a group of writers, including the famous author Ferenc Molnar, was present at the place, and they were so impressed seeing the interior of the cafe. They threw the main door key into the Danube, so the place would stay open all night. Of course, no one knows if this story is true or not because Ferenc was only 17 years old at the time, but it is a wonderful story shared by fans of the place.

And it seems that there was a hierarchy regarding where writers sat while they were inside the café. The general manager of the New York Palace Hotel, Tamas Vazekas, says, “We call the lower part of the café a bind because it was the place where non-professional artists always sat As for the celebrities, they would sit on the top floor, serving food to the artists in the basement in exchange for writing a story for them.

Although the cafe’s popularity continued for a long time, especially among writers, the events that took place in the following years, the most important of which were the First and Second World War and the Soviet occupation of Hungary, had a devastating effect on the cafe, as many of the famous cafes in Budapest were closed, including In that «New York Café», during the Communist era.
Over the years, the café has undergone many changes, at one point becoming a restaurant, while at another time it became a shop selling sports equipment. 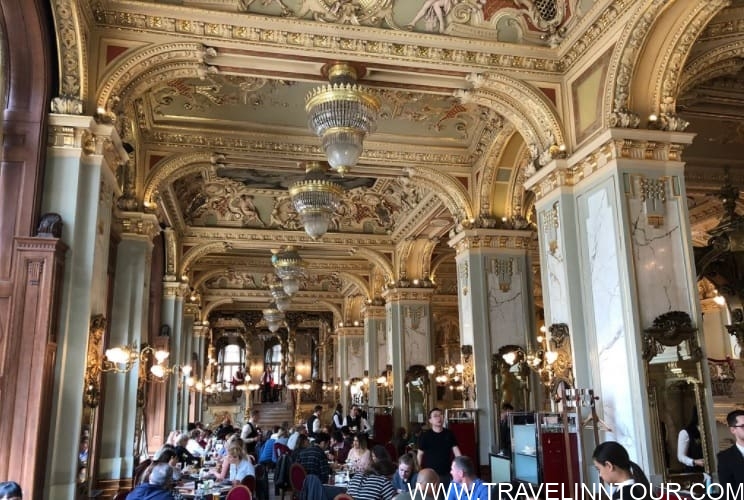 But in 2001, the Boscolo Group acquired the building and began a 5-year restoration project, led by the creative architects Maurizio Papyri and Adam D. Tihany, the main building has been converted into a luxury hotel, while the cafe on the ground floor has been completely renovated to bring it back to its former glory.

By the time the café reopened, in 2006, restoration engineers had almost completely redesigned the former New York Café, after the original blueprints for the cafe design were found in the basement, with the addition of some simple new details, such as one of the frescoes. Which now contains the «Statue of Liberty», which did not exist until years after the construction of the café. 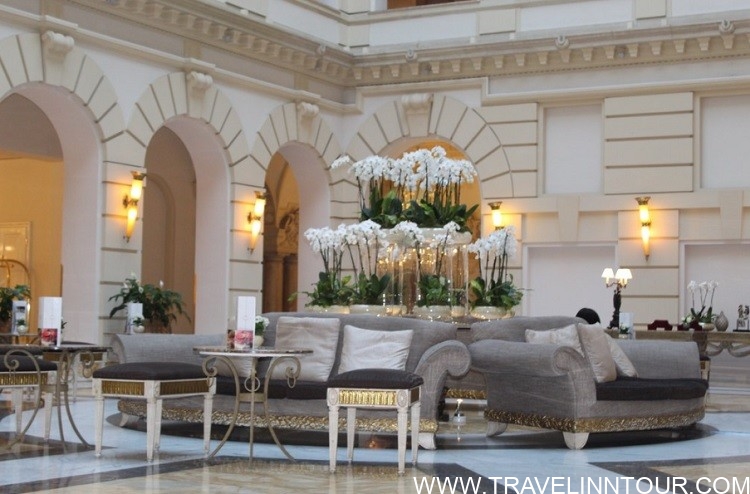 And while the current interior design of the café may be the same as it once was, you are unlikely to find any Hungarian writer working in it today, as it once did. Today, the place is more of a tourist attraction than anything else.

Please share with friends if you enjoyed the tour of the historic New York Café Budapest. Your comments are really important to make this blog more interesting. 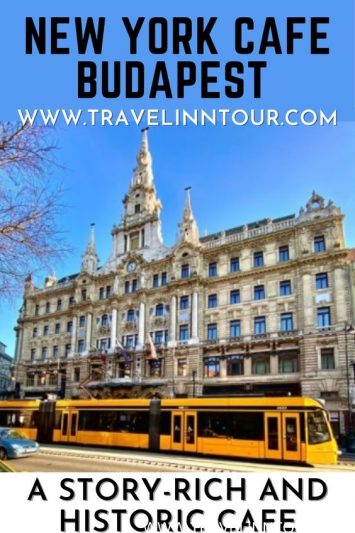 You are viewing cached results from https://www.travelinntour.com/europe/new-york-cafe-budapest-a-story-rich-and-historic-cafe/